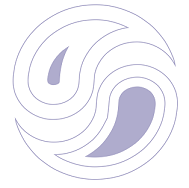 A common neutrality question is simply:  “Why do we need to be energetically okay with – or go to – extremes to get neutral?”

Neutrality means having even energetic charge on every possible scenario you could imagine – at the extremes or not.   We also want to be neutral to the unimaginable  scenarios.   An unimaginable scenario for some might be elimination of a chronic pain state – on the spot.

It’s simple.   When something bothers us, we’re not neutral – and it’s more difficult for a situation to change.

The extremes are sometimes called “Best Possible Scenario” and “Worst Possible Scenario“.     The words themselves – Best and Worst –  often have their own weakening energetic weight of  bringing up judgment, critique, criticism of events, situations or thoughts.

Even with the limitations and effects of words and language, it’s still important that we use simple language for simple concepts.

Also, by simplifying a story to one or two words,  we can more precisely strengthen the neutral energy to the situation and experiencing real change.

When energy isn’t even at the extremes, there will still be a hidden trigger or bother keeping us in the reaction state and from being neutral.